Over the course of the last few years, I have performed a number of failure investigations on nominal ¼ in. outer diameter polyethylene supply line tubing. I have observed a variety of different failure mechanisms, including oxidation, creep rupture, mechanical overload, mechanical impingement, and chemical attack. The images in this post represent two contrasting responses of the polyethylene tubing, one demonstrating a relatively high level of ductility, and the other exhibiting brittle failure.

The ductile failure example exhibits a single longitudinal crack, corresponding to hoop stresses from internal pressurization. The failure features indicated that at some point during operation, the internal pressure was higher than the material strength, which led to failure. This produced the observed macro deformation, including significant stretching, yielding, and deformation.

The brittle failure example was also present as a single longitudinal crack, again, corresponding to hoop stresses from internal. The failure occurred via brittle fracture of the tubing through slow crack growth associated with a creep rupture mechanism. Essentially, the applied stress exceeded the long-term strength of the material.

In both cases of the polyethylene supply line failure, the cracking initiated along the inner diameter wall of the tubing and extended outward. This would be expected to be the area of highest stress, corresponding to internal pressurization. Neither of the tubes showed obvious signs of mechanical damage, abuse, or material degradation or alternation. As such, the failures were associated with the applied internal stress, and the ability of the material to withstand the applied stress over the time of application. 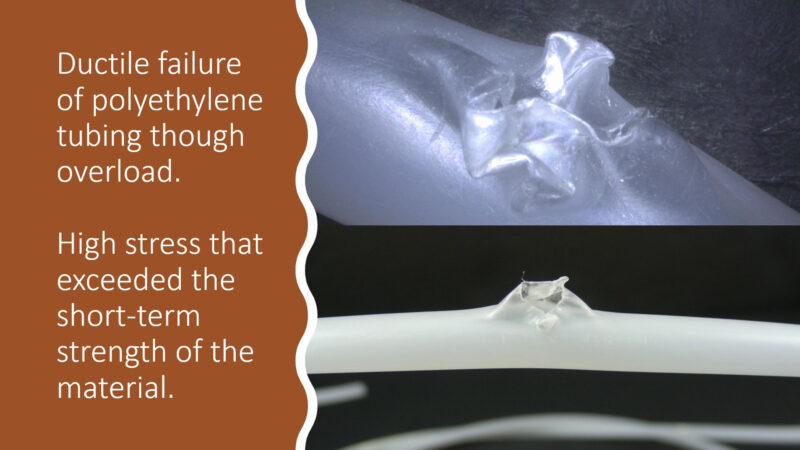 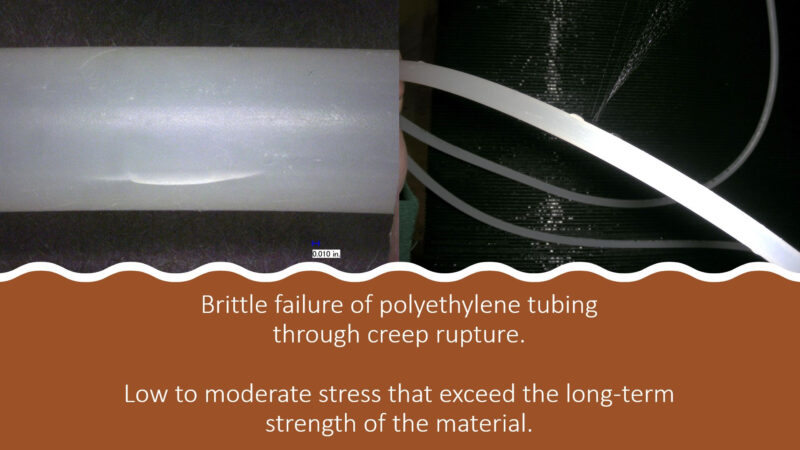 For more information on tubing and hose failures, check out this article: The Evaluation of Appliance Hose and Tubing Failures