The Rules of Failure Analysis

When I first started performing failure analyses in 1995, I was fortunate to work with a very experienced and talented engineer, Manfred Suess. Fred was the founder and owner of the engineering firm I was working at, and I greatly benefitted from his tutelage. While he was a metallurgist, and I was a polymer engineer, I learned a great deal from him about conducting a failure analysis. He had a set of rules, much like Gibbs’ rules on the TV show NCIS, that governed failure analysis. They have always benefited me, and I wanted to pass some of them along.

“Start and maintain an open mind. Emotion obscures objectivity and must be expunged from the investigation.” Having a preconceived notion regarding the basis of the failure will obscure the failure analyst’s ability to be dispassionate and arrive at the true root cause. The failure analysis must be conducted from a neutral standpoint, otherwise the investigator’s judgment will be clouded. Pursuing pet theories significantly reduces the efficiency and effectiveness of the investigation, leading to delays, or worse, arriving at the wrong conclusion.

“The failure investigator has only one objective, to determine the failure mechanism that caused the failure and to use that knowledge to prevent another occurrence.” The failure analyst should have no other agenda besides finding the truth regarding the failure. That information is required to solve the problem at hand and prevent future occurrences.

“Allow the science to direct the investigation.” Extending the previous rule, the failure analyst must make decisions based upon sound scientific principles. The investigator should not pursue hypotheses just because they are popular or proposed by supposedly knowledgeable individuals. Allow the test results obtained during the analysis to direct the flow of the investigation and to determine the best course of action.

“A closed mouth ingests no foot.” Failure analyses are often conducted in a sequential manner, whereby an examination or analysis is performed which provides information that provides a direction for further tests. As individual test results are obtained, it can be tempting to want to draw conclusions prematurely and share those inferences. However, conducting a failure analysis is like putting together a jigsaw puzzle. The picture does not become clear until all of the pieces are in their proper place. The pieces in a failure analysis are the individual tests, and when all of that data is laid out, the nature and cause of the failure becomes clear.

“Eating your words is never palatable, especially if they are someone else’s.” Never allow someone else to influence your judgment. The failure analyst should come to their own conclusions based upon the evidence. Do not allow anyone else to persuade your judgment. Likewise, while it is often helpful to find the counsel of others, draw your own conclusions., based on the scientific evidence.

“The simplest solution is the best solution.” It is often tempting to draw exotic conclusions regarding a failure analysis. However, simplicity is often the key. There is an old saying, “When you hear hoofbeats, think of horses, not zebras”. Look for the simplest answers when determining how and why a component failed. 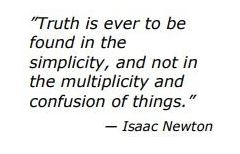 “Major incidents are often triggered by very minor or apparently innocuous details.” Many details will be uncovered as part of the failure analysis, both by elucidating background information and testing. All of these details represent clues that help point to the true nature and cause of the failure. The failure analyst should not ignore information because it is thought to be unimportant. As a whole, and given the proper context, some of these seemingly insignificant details may prove later to be the key.

“The theory, however elegant, must agree with the observed evidence, however humble.” Many failure analysts derive conclusions that are appealing and well stated. However, it is important that these conclusions correlate with the evidence obtained during the failure analysis. A theory that satisfies only half of the data can, at best, only be half correct. 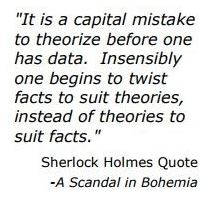 “Having the wrong solution is frequently much worse than having no solution.” This is perhaps the single most important rule of failure analysis. If the wrong conclusion is reached, then it is probable that the corresponding corrective action will be ineffective. The time, effort, and money wasted to implement the erroneous corrective action will be very costly, and delay the true solution.

I find that these rules form the basis of conducting a proper and thorough failure analysis. They are not complicated. However, they are essential to the integrity of the investigation. I hope that they serve you as well as they have served me.