I completed a failure analysis on a polycarbonate medical component that had been in contact with heptane as part of the manufacturing process. The heptane was used as a lubricant to facilitate assembly with a mating component. Cracking had been identified within a significant number of parts on the assembly line.

Through the fractographic examination, features associated with chemical effects, including crazing and severe solvation, were identified. The examination also identified that the chemical interaction was located exclusively proximal to a significant cavity void within the part. The heptane was trapped within the cavity void, which allowed chemical interaction over an extended period of time. The cavity allowed the heptane to remain in contact with the polycarbonate for an extended period of time. Without the cavity, the contact time would be relatively short, and no significant solvent effect would have taken place.

Another example of how fractography is a critical component of a failure analysis to determine how and why the failure occurred. The proper identification is critical to be able to take the next steps to correct the issue. The void problem was ultimately resolved by altering the injection molding process. The process changes in this case were made without molding simulation, although I believe that the corrections could have been made faster if simulation had been used. 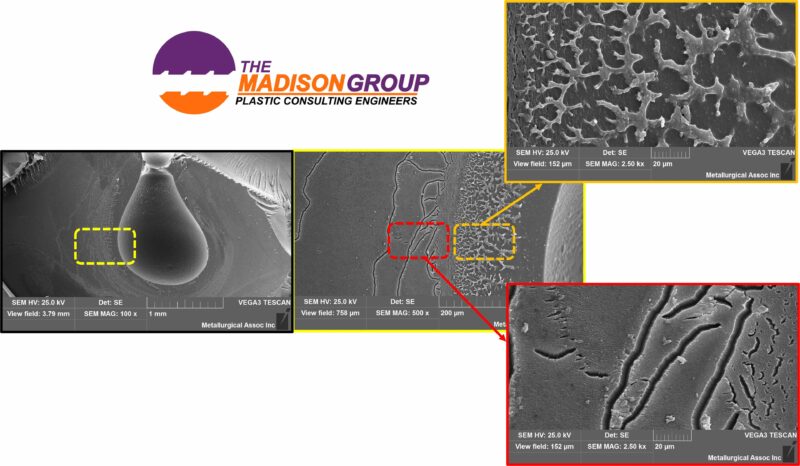