Polypropylene as a Commodity Resin?

I was working on a material selection project for one of my clients and was researching polypropylene. One of the books I was using was, “Polypropylene: The Definitive User’s Guide and Databook”, a part of the PDL Library by Clive Maier and Theresa Calafut.  In reviewing polypropylene, the authors describe it as “one of the fastest growing classes of commodity thermoplastics” and indicate “It has the highest melting temperature of all commodity thermoplastics”. Polypropylene as a Commodity Resin?

While these facts were pertinent to my review, I was struck by the term commodity. I take exception to the authors’ description of polypropylene as a commodity. Personally, I do not think of any plastic resin as a commodity, and the use of this term in conjunction with plastics is a pet peeve of mine. In fact, I believe the term “commodity resin” is a real disservice to our industry. The term commodity is defined as in several ways commercially.

This idea that a plastic resin described as a commodity is interchangeable is nonsensical to me. No two resins are identical. There are always differences in molecular architecture or additives.  To imply otherwise is misleading. This is certainly true for polypropylene. The properties of polypropylene depend on the molecular weight and molecular weight distribution, crystallinity, type and proportion of comonomer, and the tacticity. Furthermore, polypropylene can be used in conjunction with a wide range of additives to fine tune the properties. These include reinforcing fibers, non-reinforcing fillers, stabilizers, nucleating agents, flame retardants, and pigments. 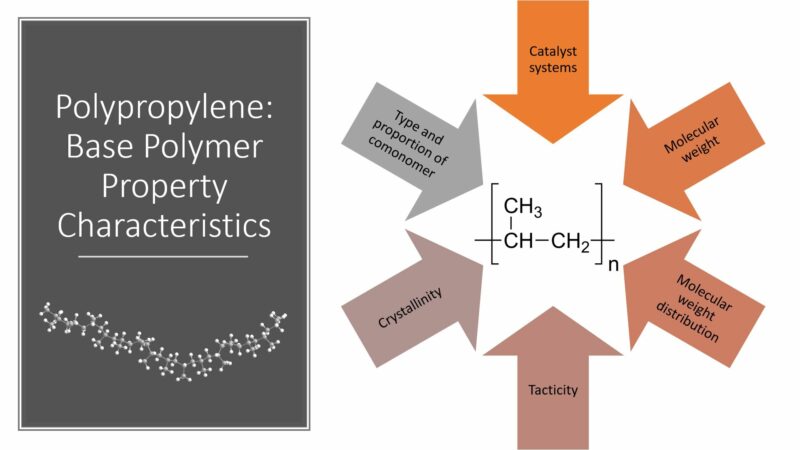 A review of UL prospector revealed a wide variety of polypropylene resins to choose from.  The sheer number of diverse resin choices illustrates that polypropylene is not a commodity. 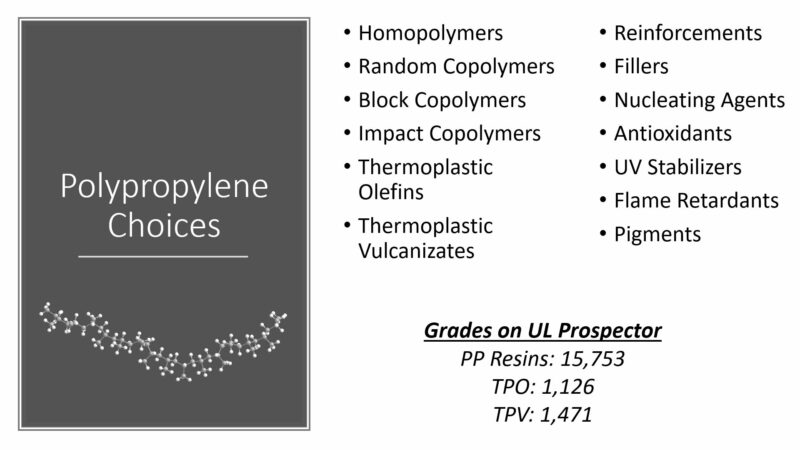 By no means are Maier and Calafut the only ones who hold the opinion that some plastic resins are commodities. You need look no farther than the triangles and pyramids published by resin manufacturers segregating the resin into categories such as commodity, engineered, high performance, and ultra performance.  I prefer to eliminate such categories and focus on properties, which describe the as mechanical, thermal, chemical, electrical, environmental, and physical properties of the resins. This may seem like a minor point, but using the term commodity creates a mindset and minimizes the importance of proper and in-depth material selection.

For more information on nucleated polypropylene, see this post.