I recently completed a failure analysis on a switch button. A relatively high number of failures had been reported in the field. Catastrophic cracking had been indicated within a retaining post on the switch, rendering the switch and the entire assembly inoperable. The switch was injection molded from a 20% glass fiber reinforced, toughened, heat stabilized polyphthalamide (PPA). This material appeared to be a good choice given the application requirements.

A fractographic examination was performed on several of the returned failed components, revealing consistent features on all the parts. The failures occurred through brittle fracture mechanical overload, in which the applied stresses exceeded the short-term strength of the material. 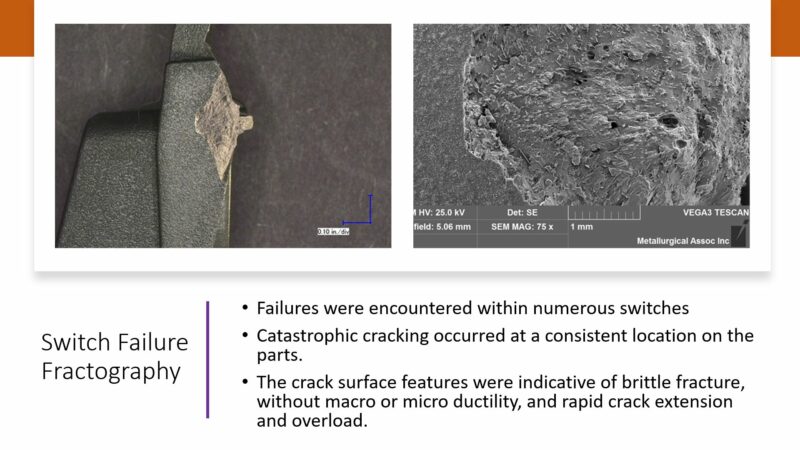 The features were consistent with the application of bending loads. Cracking initiated within a corner formed by the retaining post boss feature and the main body of the switch. 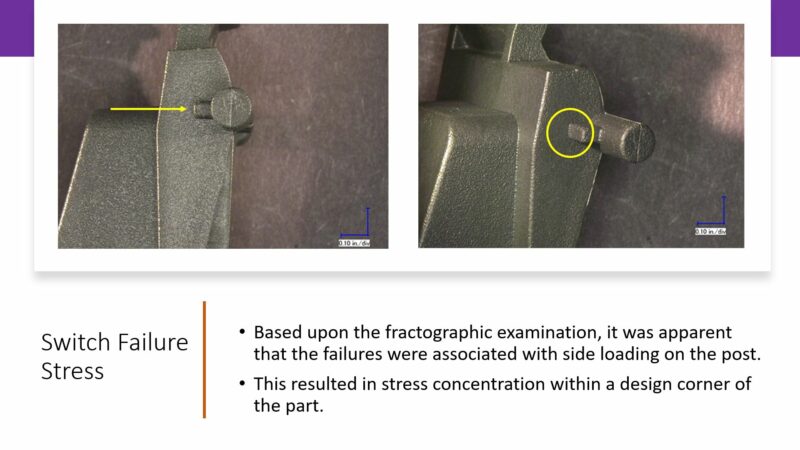 Cross-sectional examination revealed that the failure occurred at a relatively sharp design corner. It would be expected that this area would be under the highest level of stress given the described loading applications. The cross-section revealed no significant radius, presenting a dead-sharp condition. The extremely sharp design corner focused and multiplied the applied loads, having a stress concentration factor greater than 10. 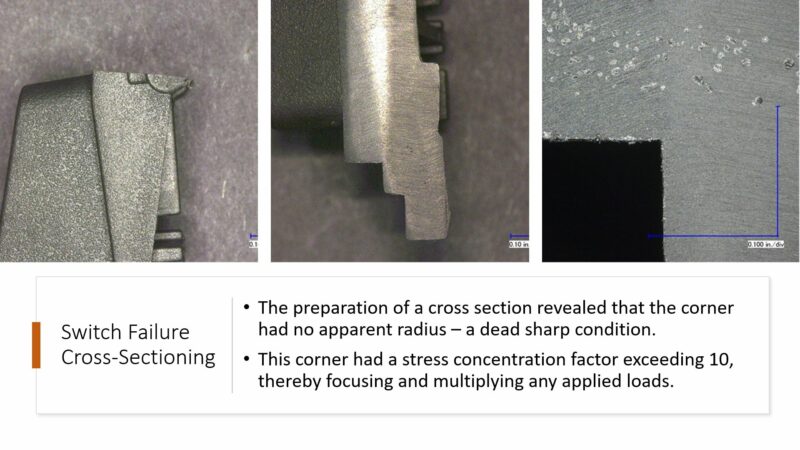 No evidence was found through the failure analysis to indicate material anomalies, or deficiencies in the injection molding process. The design of the switch rendered the parts susceptible to premature failure. In the end, poor plastic part design led to the switch failure.

Unfortunately, this is not a rare instance, where poor design mitigates good material selection and excellent manufacturing processes. I have come across numerous instances of inadequate plastic part design. Plastic part design is critical in producing a component that will perform successfully. There are a number of excellent resources available to designers. As an example, I refer you to anything written by Glenn Beall.