PVC has very good performance characteristics that result in parts used for numerous applications. But like any other polymer it does have its limitations. Some of which, if not properly understood and accounted for, can easily lead to premature failure.

In Parts 1 and 2, I discussed the basics of PVC material and its processing characteristics. Today we will present examples of typical failures that we encounter with PVC material.

A well known limitation of PVC for many applications is its temperature limit. Rigid PVC has a glass transition temperature (Tg) of 80°C. This means that the material, being amorphous, will rapidly soften when this temperature is exceeded. Even approaching the Tg can be critical for the material. PVC is used in many applications where this temperature limit could unexpectedly be exceeded. One example of this is in the hotter southern states where houses use very reflective glass for windows. The windows are designed in this manner to keep the inside of the house cooler. However, the reflection can create unexpected heat build-up against a vinyl siding on a house next door which can lead to softening, warping, and damage of the siding.

For outdoor applications, such as the one previously mentioned, other factors such as UV-radiation can also adversely affect certain grades of PVC. Even indoors UV exposure from fluorescent lamps has been shown to affect certain grades of PVC. Typically, lower exposure to UV-radiation will cause a surface aging which results in a discoloration or yellowing of the material. In many instances, although mechanical properties may not be affected, excessive color changes can be unacceptable and considered a part failure for an application. The yellowing is attributed to the formation of conjugated doubles bonds as the molecules break down. Therefore, severe continuous exposure to UV can penetrate much further causing excessive chain scission and material embrittlement. Additionally, chalking can occur as the material degrades and fillers come to the surface. 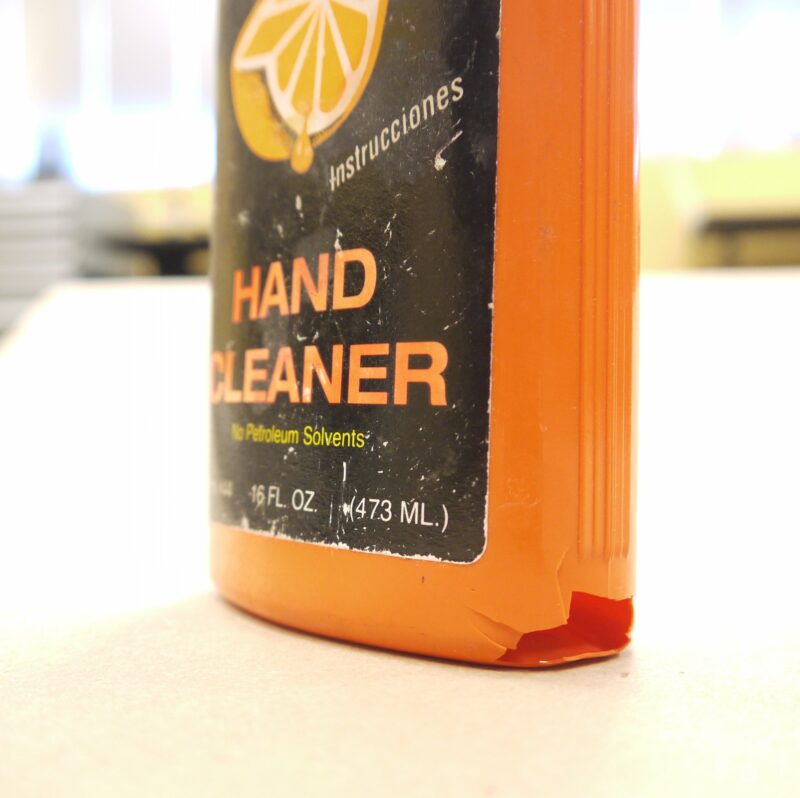 Figure 1 – View of a fractured PVC bottle that failed in a brittle behavior due to material embrittlement from UV exposure and limited temperature rises.

As discussed in Part I, the performance of a given PVC grade is directly dependant on its unique formulation. For example, impact modified transparent rigid PVC is known to be significantly susceptible to UV exposure. Specific pigments, thermal stabilizers, fillers and UV absorbers can aid in reducing the effects of UV aging on the material. Most of these protect PVC by preventing the formation of the conjugated double bonds, having anti-oxidative properties, and absorbing UV (i.e. taking the hit so the polymer does not). Common UV absorbers used with PVC include benzophenone and benzotriazole. Titanium Dioxide (white) pigment can also aid in UV resistance as it serves as an excellent UV-absorber. Darker fillers such as carbon black also absorb and can perform well, even considering the expected temperature rise that will occur with a darker material. Figure 1 is an example of a bottle containing a citric based cleaner that became brittle while sitting on a shelf in a garage for about three years. Here, although the PVC is known to have good chemical resistance with citric acid, the long-term exposure to UV and slight temperature rises led to degradation and a fracture at the base of the bottle.

Additives used with PVC for other purposes, such as to limit degradation due to thermal effects during processing, can also aid in preventing degradation from environmental effects such as UV. In the end, both mechanisms (thermal and UV) result in molecular break down and the formation of conjugated double bonds. The overall concentration and types of additives used can therefore have a great effect on the long-term part performance. If improper additives and stabilizers are used or if most of these are consumed due to aggressive processing conditions, this can adversely affect the long-term performance of a part exposed to UV and other environmental conditions. Whether it is from processing, from aggressive UV effects, or due to long-term aging, as PVC degrades the plastic becomes more and more brittle and this will be made evident by a significant loss of impact resistance. Environmental testing methods are available to relatively quantify the performance of plastics to UV-radiation and the outdoor environment. This can be done as a preventive and comparative measure. For example, a Q-UV (sunlight rain and dew) chamber is an accelerated weather tester where plastic sheets are exposed to aggressive UV-radiation together with humidity and outdoor temperature cycles. By performing this accelerated weather test followed by impact testing of the samples, one can determine the relative performance of different materials. Preventive and comparative testing of this manner can provide good insight into which would be a better material among several comparably priced options.

As with UV, environmental effects from incompatible chemicals can also result in material embrittlement and failure. Moist chlorine gas, especially at elevated temperatures can rapidly degrade PVC. This type of failure results in severe surface mud-cracking and a loss of material properties. Additionally, the micro-cracks formed on the surface result in stress concentration regions that are susceptible to further cracking under stress. Esters and ethers on the other hand, have affinity with the PVC material and rather than degrading the material result in cracks because of a lubrication effect at the molecular level. With a high enough concentration of chemical and stress, the chemical is absorbed by the polymer and reduces the inter-molecular forces that hold the polymeric molecules together. The localized absorption results in a localized softening effect, molecular disentanglement, and a slow-crack growth mode of failure. This phenomenon is commonly known as environmental stress cracking (ESC). With ESC, the cracks show a smooth morphology characterized by the localized surface modification. Micro-cracks grow in a stepwise fashion and chemical modification of the crack tip at every step-crack progression can typically be observed through microscopic analysis of the fracture.

Figure 2 – Failure of a CPVC pipe due to absorption of a phthalate plasticizer from a gasket.

Certain chemicals such as phthalates have even higher affinity with PVC and can be absorbed by the polymer to the point of causing a macro-softening effect. Phthalates are actually one of the common additives used in PVC for making plasticized PVC tubes. The tubes are soft and flexible because of the plasticizing effect of the phthalate. Plasticizers interact with the polymer’s molecular forces reducing them, but not to the point of solvating the polymer. Therefore, if phthalates contact rigid PVC parts, such as piping, it can result in devastating effects. An example of a failure due to migration of plasticizers into piping systems is shown in Figure 2. Here, the piping system is CPVC and not PVC. However, both perform similarly when exposed to phthalates. For the example shown, a rubber gasket was used on a CPVC piping and the phthalates in the rubber migrated from the rubber to the pipe, leading to softening and rupture of the pipe. A more in-depth discussion of this failure is discussed in the white paper Proset Rubber Gasket Failure .

There are several methods that can be used as failure prevention measures during design stages to verify any incompatibilities of the material with substances that it may come in contact with. One example is a test that we commonly perform on many polymers including PVC which provides a relative measure of environmental stress cracking resistance (ASTM D 543). These types of tests are very beneficial because plastics like PVC are formulated and compounded using many different additives which can greatly affect chemical compatibility. Therefore, one PVC grade may be affected by a given chemical, while another may not. For example, Freon 11 (trichlorofluoromethane) is a chemical known to be incompatible specifically with impact modified PVC grades. 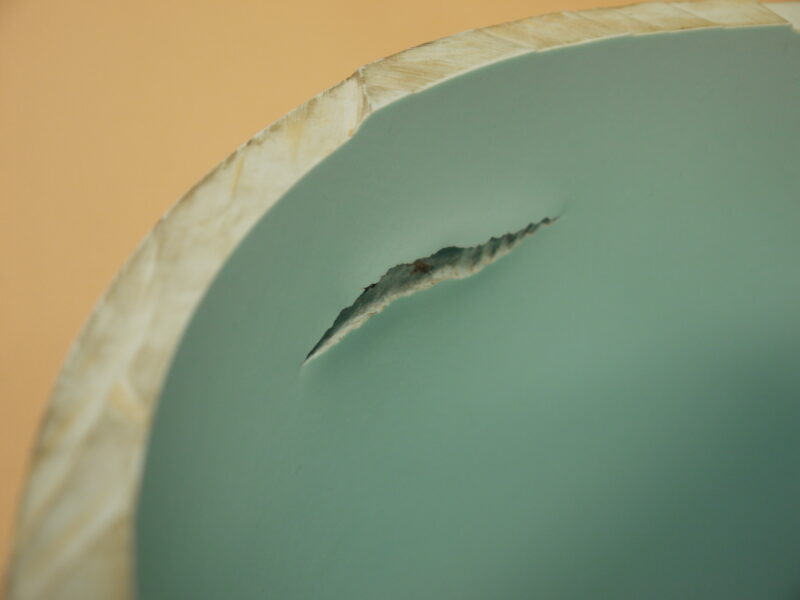 Figure 3 – View of a PVC pipe that failed without ever being in service.

Another phenomenon that can result in failures that we observe with larger PVC parts such as large PVC piping is poor fusion which is related to poor processing conditions. A more detailed explanation of this topic was presented in Part 2 of this series. Poor fusion is typically observed for larger parts because these are harder to process effectively. Proper processing of PVC requires enough shear and heat to effectively melt and fuse the PVC particulates that are inherent to the polymerization process. However, excessive shear can degrade the plastic. Figure 3 shows a large pipe used for underground water transport applications. These extruded pipes have a thick wall which will result in more difficult processing. The pipe shown here cracked without ever being in service. Cracking resulted from a combination of internal residual stresses from manufacturing and severely poor fusion. A proper review of the process combined with testing of the pipes for proper fusion and mechanical performance could have prevented such failures. Testing methods such as ASTM D 2152 acetone immersion test (AT) and ISO 9852 dichloromethane test (DCMT) are qualitative tests that can be performed to evaluate fusion of PVC. Additionally, ISO 18373-2, a more quantitative technique that uses DSC to evaluate the degree of fusion of PVC material has been shown to be extremely valuable for many of our failure analysis investigations.

As with other plastics, there are numerous reasons that can cause PVC parts to fail. Due to time constraints, I have limited this article to simply provide some quick examples of several common failure modes that we observe. However, it is important to remember that failures can be subdivided into five basic categories: material, design, manufacturing, environment, and end use. To this point, I have briefly covered three of the five categories. Design and end use are both extremely important and may be covered as individual future articles. Typical design-related failures for PVC parts are generally related to high stress concentrations due to sharp geometric transitions as well as high stresses from snap-fit assemblies. Additionally, problems due to improper mold and/or gate runner designs are also sometimes observed. End use failures refer to abuse during use or installation issues. These types of failures are also common and are typically the result of a lack of understanding of the behavior of plastics when under stress. A large percentage of these end use failures we observe show modes of failure related to creep rupture. Proper understanding of the design and stress limitations for the material can typically prevent these modes of failure. Furthermore, for stress related failures, testing techniques are available that can provide insight into the short and long-term mechanical performance of the material.

See the other installments in this series on PVC:

PVC Part 1: It’s All About Composition

Javier Cruz is a Senior Managing Engineer and Partner at The Madison Group. Javier is a chemical engineer by degree who grew an interest in polymeric materials and completed his Ph.D. from the University of Wisconsin – Madison in Materials Science and Engineering of polymers. He is an expert in many aspects of polymeric materials including material selection, failure investigations, product development, and testing methods. Javier serves clients in all types of industries that involve the use of polymers such as medical devices, electrical, oil and gas, plumbing and consumer products. He also serves as an expert witness in numerous cases where his expertise has been vital.