The Importance of Crystallinity in Plastics Performance

Home » Knowledge-Base » The Importance of Crystallinity in Plastics Performance

One of the fundamental characteristics of polymeric materials is the organization of their molecular structure. Broadly, plastics can be categorized as being semi-crystalline or amorphous. Understanding the implications of the structure, and specifically the crystallinity, is important as it affects material selection, part design, processing, and the ultimate anticipated service properties.

Most non-polymeric materials form crystals when they are cooled from elevated temperatures to the point of solidification. This is well demonstrated with water. As water is cooled, crystals begin to form at 0 °C as it transitions from liquid to solid. Crystals represent the regular, ordered arrangements of molecules, and produce a distinctive geometric pattern within the material. With small molecules, such as water, this order repeats itself and consumes a relatively large area relative to the size of the molecules, and the crystals organize over a relatively short time period. 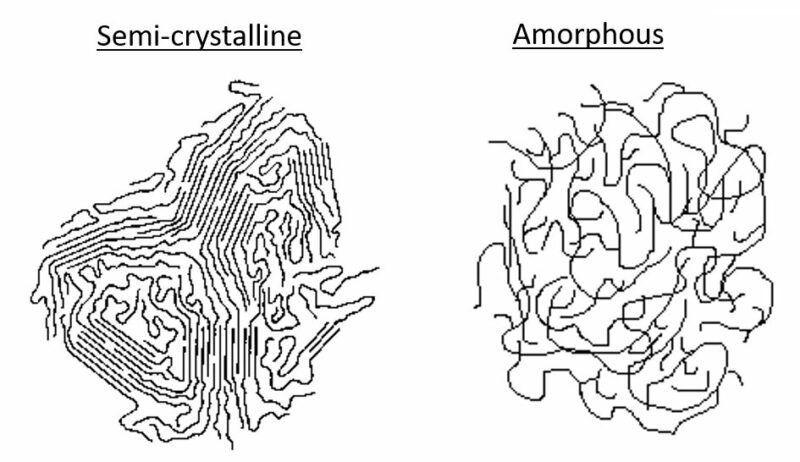 Because of the relatively large size of polymer molecules and the corresponding elevated viscosity, crystallization is inherently limited, and in some cases, not possible. Polymers in which crystallization does occur, still contain a relatively high proportion of non-crystallized, disordered, amorphous structure. For this reason, those polymers are commonly referred to as semi-crystalline. Polymers, which because of their structure, cannot crystallize substantially are designated as amorphous. As illustrated in Figure 1, amorphous polymers have an unorganized, loose structure. Semi-crystalline polymers have locations of regular patterned structure bounded by unorganized amorphous regions. While some modification can be made through the use of additives, the extent to which polymers are semi-crystalline or amorphous is determined by their chemical structure, including polymer chain length, functional groups, degree of branching, and tacticity.

The ordered arrangement of the molecular structure associated with crystallinity results in melting when a sufficient temperature is reached. Because of this, semi-crystalline polymers, such as polyethylene, polyacetal, and nylon, will undergo a distinct melting transition, and have a melting point (Tm). Amorphous polymers, including polystyrene, polycarbonate, and poly(phenyl sulfone), will not truly melt, but will soften as they are heated above their glass transition temperature (Tg). This is represented by the differential scanning calorimetry thermograms included in Figure 2. 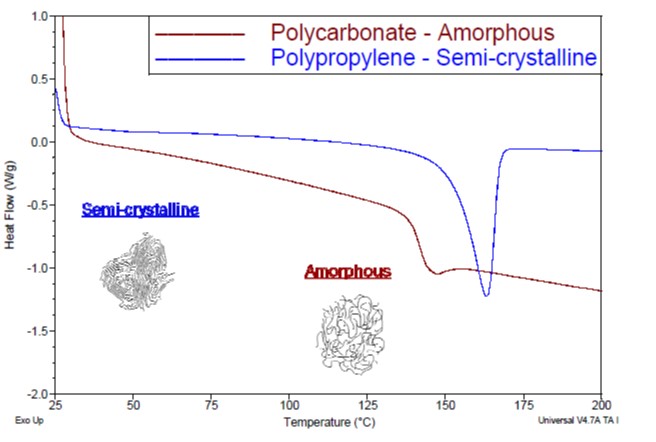 Figure 2: Differential scanning calorimetry thermogram showing a melting transition of a semi-crystalline polymer and a glass transition for an amorphous polymer. 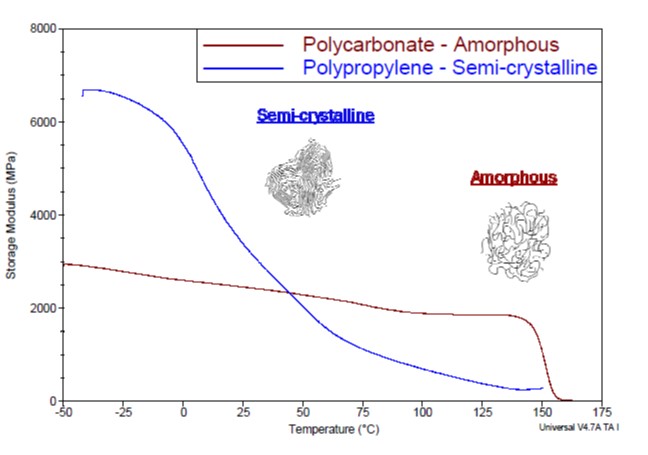 Figure 3: Dynamic mechanical analysis thermogram showing the storage modulus as a function of temperature for semi-crystalline and amorphous polymers.

Due to their viscoelastic nature, time and temperature act in the same way on polymeric materials. Because of this, the changes within the material as a function of time can be inferred from the stability of the material versus temperature.

Aside from the time and temperature dependence, other key properties of polymeric materials are determined by their semi-crystalline\ amorphous structure. Some generalizations of characteristic properties are listed in Table 1. 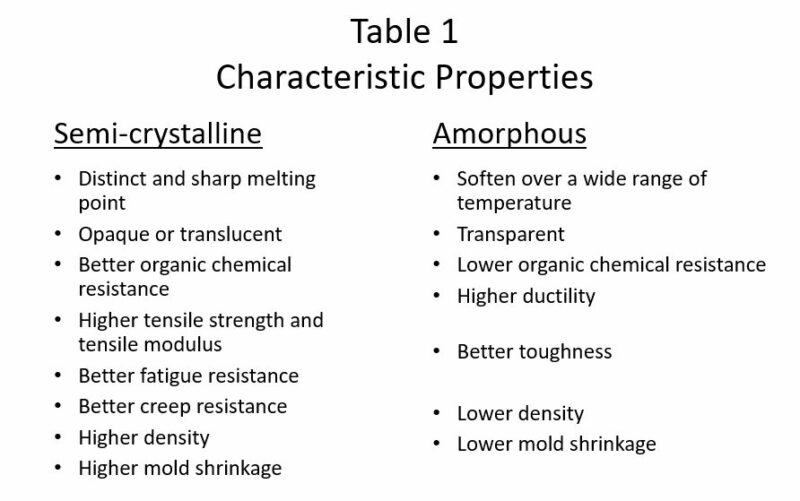 For more information about how plastic composition and structure influence performance, see Plastics: It’s All About Molecular Structure .